The GOP doesn’t care that Trump planned a coup. Democrats? 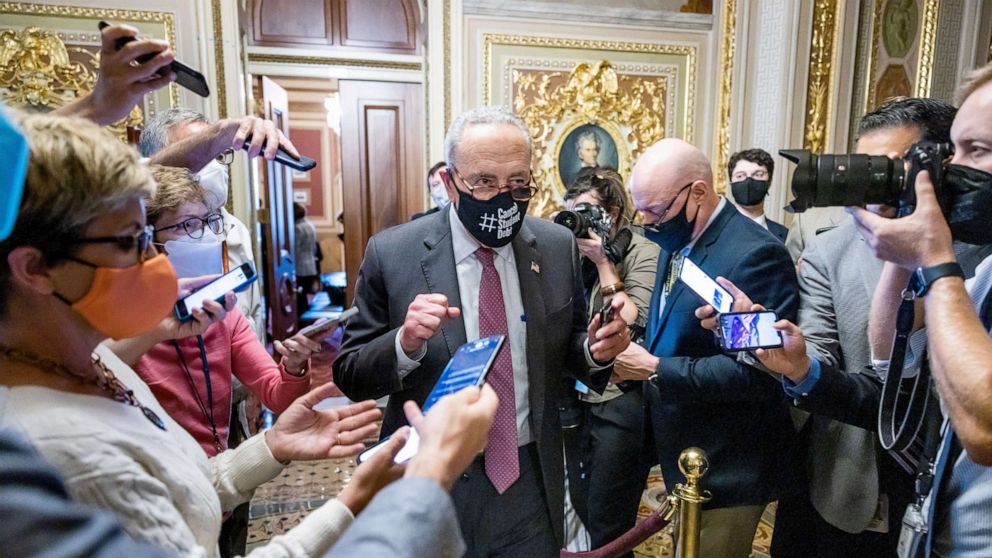 TThanks to the explosive documents released by the House Oversight and Reform Committee just ahead of Tuesday’s January 6 insurgency hearing, Americans have a clear and unequivocal view of how far former President Donald Trump has gone to attempt to corrupt our democratic institutions, engage in a violent coup and overthrow our free and fair elections.

“These documents show that President Trump attempted to bribe our nation’s main law enforcement agency in a brazen attempt to overturn an election he lost,” Democratic Committee Chair Carolyn Maloney said. She is absolutely right. I would add a simple modification: it’s Trump and the GOP. He attempted a coup – and, yes, we should all use the word – and he still tries with the help of the Republicans.

If you consider that hyperbole, I refer you to those explosive documents revealing how the Trump administration, including Chief of Staff Mark Meadows, attempted to pressure the Justice Department to advance dangerous conspiracy theories. on electoral fraud and influence courts to overturn election results. Trump could stay in power.

An hour before announcing that his attorney general Bill Barr would step down, presumably because he refused to promote “the big lie,” Trump’s aide emailed Jeffrey Rosen, his new attorney general, showing evidence of an alleged “voter fraud” in northern Michigan and “talking points” to further the obvious lie. Two weeks later, Trump’s White House sent Rosen a draft brief for the DOJ to take to the Supreme Court with the goal of effectively quashing the 2020 election and helping Trump usurp power. Transcribed interviews with former White House Chief of Staff Mark Meadows reveal he directly pressured DOJ officials at least five times to investigate batshit conspiracy theories , including one suggesting that European satellite technology was used to tamper with US voting materials.

It appears Rosen and other senior DOJ members were unwilling to pledge allegiance to Trump over the United States. “Sheer madness,” is how Rosen and Richard Donoghue, who was the acting deputy attorney general, described Meadows’ emails. Trump then considered replacing Rosen with a sympathetic sycophant, Jeffrey Clark, who was then acting head of the Civilian Division, to continue to influence the DOJ to help it pull off its criminal and authoritarian coup.

These revelations, which are shocking and should be fully investigated, come on the heels of equally mind-boggling but completely unsurprising news that the Justice Department, acting as Trump’s Luca Brasi, has decided to fight back against Democrats and the media. Specifically, prosecutors have subpoenaed Apple for telephone tapes of Democratic Representatives Adam Schiff and Eric Swalwell, their assistants, and family members, including a minor. The Justice Department also sought to retaliate against journalists and the media for “leaks” and attempted to seize thousands of emails and phone records from media reporters.

If this sounds like the rogue tactics used by strong men and corrupt leaders in authoritarian regimes, well, it is. Let’s not forget that Trump continues to praise Putin and was friends with Hungarian Orban, who was “Trump before Trump”, Brazilian Bolsonaro, Turkish Erdogan, Saudi Arabia Muhammad bin Salman, Israeli Netanyahu , who desperately copies Trump’s tactics to stay relevant, the Egyptian Sisi and Dutarte of the Philippines. None of them are particularly celebrated as champions of human rights, the free press, independent justice or the small inconvenience of democracy by and for the people.

Fortunately, Trump lost and his efforts to erase his loss failed, but his corrupt presence contaminated not only the GOP but the Department of Justice and law enforcement as well. We still don’t know to what extent Trump and his allies have pressured, corrupted, and manipulated our democratic institutions from within to advance their perverse plans for power and profit. What I know after watching this hearing is that January 6 was just a taste. The GOP and its right-wing allies in Congress, law enforcement and the conservative media will attempt another coup when they lose another election.

At Tuesday’s hearing, the committee wanted to investigate why it took the National Guard nearly four hours to respond to the U.S. Capitol violation, even though senior Defense Department officials received 12 urgent requests for help from the police chief and the mayor of the Capitol. Meanwhile, army chiefs called on the National Guard to “stand aside” five times even as the violence escalated, which ultimately claimed the lives of five people. Homemade bombs were also found near the United States Capitol and some of the protesters came with weapons intending to assassinate Vice President Mike Pence and House Speaker Nancy Pelosi. We also know that officers are under investigation for their alleged role in the insurgency and that white supremacist groups sympathetic to Trump and the GOP have attempted to infiltrate law enforcement through the country.

The committee had the opportunity to interview FBI Director Christopher Wray, General Charles Flynn – the brother of Michael Flynn, who was Trump’s disgraced national security adviser and a prominent promoter of both the QAnon plot. and the “Big Lie” – and the lieutenant. General Walter Piatt, director of the army staff. It has been revealed that General Charles Flynn and General Piatt were both involved in a phone call in which military officials were concerned about the “optics” of the National Guard dispatch. This is the same National Guard that quickly responded with massive force to the peaceful BLM protesters and expelled others from Lafayette Square with tear gas and violence last summer. None of these “optics” concerns were present at the time.

One would assume that the Republicans, who are said to be so committed to public order and national security that they have held hearings on Benghazi and Clinton emails for years and focused on the antifa as a bogus terrorist threat, would seize the opportunity to dig deep into this massive failure. intelligence and law enforcement that allowed hundreds of armed and violent insurgencies to take over the United States Capitol for the first time in 200 years. Or, they could ask FBI Director Wray to do more to investigate and prosecute members of armed militias and white supremacist groups, some of whom participated in the violent insurgency, and are also America’s main national terrorist threat.

Instead, they used their time to whine, deflect, and obstruct. They played for their base and said the House should devote its time and powers to investigating Dr Fauci’s emails, the Wuhan lab theory, the border crisis, the threat of inflation and economic policies. by Biden. They also found time to complain about the hiding policies on the United States Capitol and to urge Americans to move away from the insurgency that Republican Representative Clyde recently called a “normal tourist visit.”

“It’s time for them to act like Republicans and finally bring a bazooka to this knife fight. “

If you were the party that actively aided and encouraged a violent insurgency, you would also want to “move on”. It was a grotesque sight to see Rep. Paul Gosar grilling Wray on who “executed Ashli ​​Babbitt” and suggesting, without evidence, that the officer who shot her was hiding and waiting to kill her. Gosar spent no time worrying about Officer Sicknick, who died trying to protect his colleagues from Babbitt and the violent mob. No more than 21 House Republicans who just opposed a bill to award Congressional gold medals to Capitol Hill police officers who defended them against a violent mob during the Uprising of the United States. January 6.

Like some other House Republicans, Gosar actively supports white supremacist conspiracy theories, has ties to armed militia movements, and has applauded many events on January 6. Wray said the FBI has so far arrested 500 people and is currently overseeing hundreds of investigations. . They could start by talking to some Republicans like Gosar, as members of his party blocked a bipartisan commission to investigate the insurgency and acquitted Trump twice, with the majority of them even voting for it. cancellation of elections. Their conservative media ecosystem is actively enlightening America and their grassroots with dangerous conspiracy theories, as a majority of Republicans believe in the “big lie” that Biden lost the 2020 election.

Fortunately, the Democrats are in power. However, they retain a slim majority ahead of the 2022 mid-terms opposed to them due to GOP gerrymandering and voter suppression. The question is whether this latest revelation from Trump and the GOP’s attempt to subvert democracy will force enough Democrats to finally let go of the dangerous illusion of “two-party politics” and use their power to fight for accountability and justice. Good news is that Pelosi said on Tuesday that House committees would continue their inquiries after Republicans blocked the Senate committee. Additionally, the House Oversight Committee has said it will ask Rosen, Meadows and senior Trump officials to come forward for talks in light of the latest revelations. Judging from what we’ve seen, Republicans won’t be open.

If they don’t comply, will the Democrats finally relax their subpoena power, mount a media blitz, and come together to make it known that Republicans are actively helping and encouraging the destruction of our democracy? One can only hope. It is time for Democrats to unleash hell, as I have already discussed here and here.

Our democracy is worth it. It’s time for them to act like Republicans and finally bring a bazooka to this knife fight. If they give up their power and their principle of “two-party” rule, they might as well recognize that they are actively complicit in a counter-majority and extremist GOP which is actively trying to subvert democracy in front of our eyes. 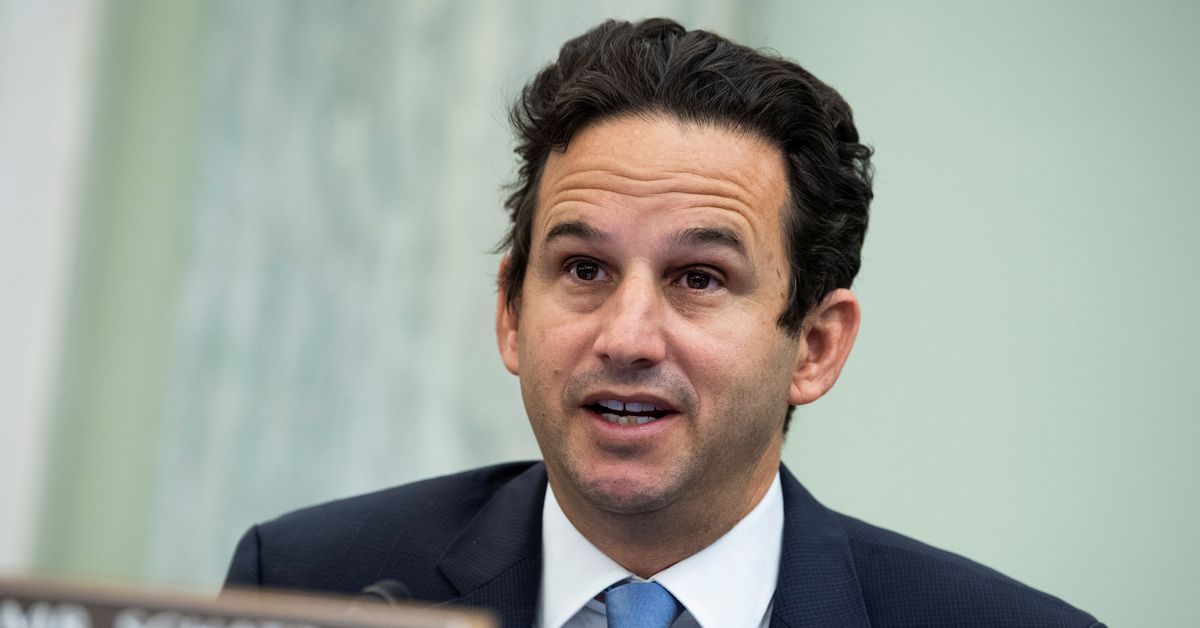